By Yuktix Technologies - August 25, 2014
Lab/office tests and real time project site tests - the basic difference
It was i think our 5th trip to the greenhouse where we are implementing our greenhouse/polyhouse intelligent systems for internal climate control as well as real time monitoring of the variables. We have been testing our systems religiously in our office set-up which include testing and calibrating sensors, testing the PID loop which we had implemented, running 3-phase motors with our systems and off all testing the whole set-up which we are building.

But when we tested the same set-up on the client side, we realize the needness of getting on the road when you are building some thing from home and that too in the field of Embedded system, you cannot simply rely on the office test-set-up conditions and believe that system which we had build is robust, reliable and will work in every conditions. Believe me, real time conditions on any site where we are going to install our system very much vary from what we had in our office set-up. Below are certain examples of what i experienced while installing one of the Intelligent humidifier in the greenhouse in Bangalore along with my boss.

There were certain other issues that occur like low power consumption and wireless requirement. We are already implementing wireless solution in the same greenhouse and my previous post on the same. And as per the low power requirement, PCB iteration-2 is already on its development which will have micro-controller running on 3.3 volts. I hope that i will update soon with respect to the new iteration of PCB and further progress on the WSN implementation. 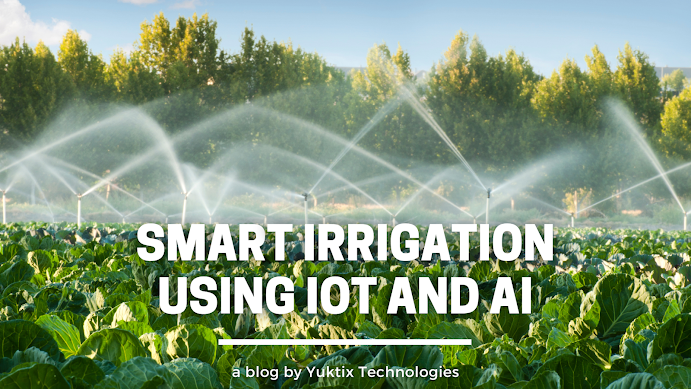 Since irrigation is predicted to stay a dominant utilizer of water, irrigation in India tends to consume around 84% of water at present. With this being said, it has become essential to leverage AI and IoT in an attempt to conserve water through smart irrigation. A smart system tends to play a crucial role in varied agriculture parts such as energy efficiency, smart irrigation, decision making, and many more.  Smart irrigation is an advanced approach that incorporates hardware ( IoT ), Firmware ( software on hardware ), and software ( AI - that computes the demand ) along with other inputs like plant growth stage, soil type.  Our society needs to implement smart irrigation to utilize water effectively.   The different types of irrigation in India Well irrigation   In states like Uttar Pradesh and Bihar, numerous wells can be located, each of them being used for irrigation purposes by farmers. Moreover, people tend to install a tube well at locations where there’s groundwater available
Read more