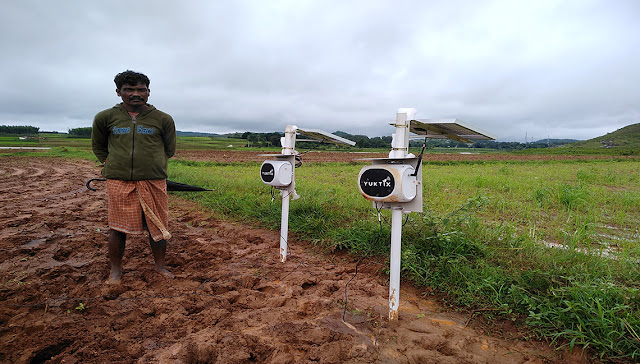 Introduction - Potato is considered to be king of food staples and there won't be a single day that it is not used in a kitchen. As per Wikipedia most of the potato production happen in EU and Asia continent but China is the largest producer with 99.1 million tones followed by EU and India. Below is a image showing geographical distribution of potatoes production.

In India the top most potato producing states are Uttar Pradesh, West Bengal, Bihar, Gujrat and Madhya Pradesh. Below is a image depicting the production of pototes in different parts of India.

Sensing is required thought out the whole eco-system of potato starting from
In this blog, we will focus on the Yuktix GreenSense application during the growth stage of potato in the field.

Client - One of the Largest agriculture FMCG in India.

Problem - Soil moisture play a major role during the growth stage of potato plant. Different amount of soil moisture is required during different growth stages of growth. The client wanted to test the effectiveness of a new soil moisture absorbent molecule by running tests across vast tracts of lands in a remote location. The claim from molecule manufacturers was to increase the soil water holding capacity by up to 30 percent. However, there was no data available to test the claim under
different and varying conditions. It was a challenge to collect data manually from such a vast tract of land in a remote location. 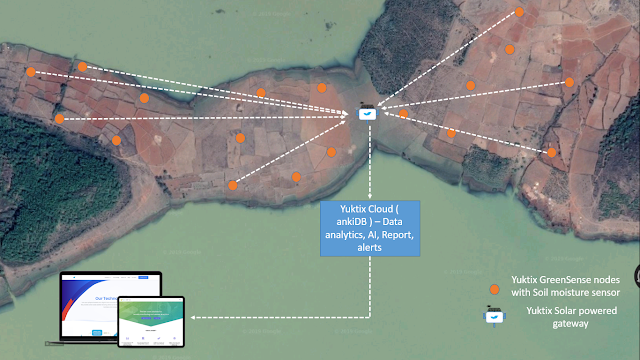 For potato the variable of interest are 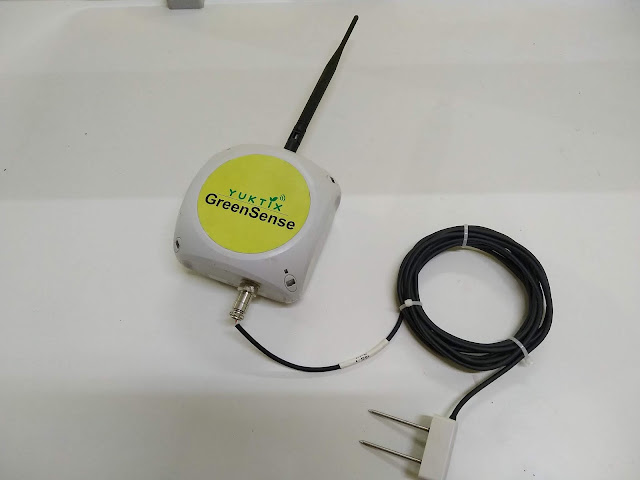 The nodes were deployed in fields that have absorbent molecules (treatment group) as well as the ones without (control group). The data from all the fields were collected and Volumetric water content was computed in real time. The result showing side by side comparison of both treatment and control groups was published and passed to the client team daily. The client could see the variation across groups in real time. The nodes kept working without any maintenance during the entire project life-cycle. 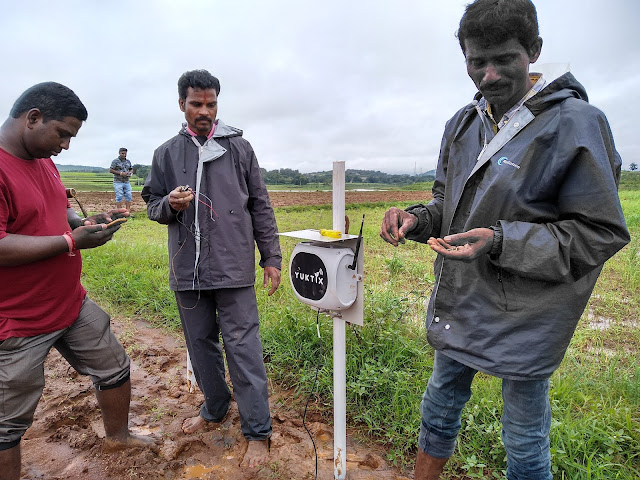 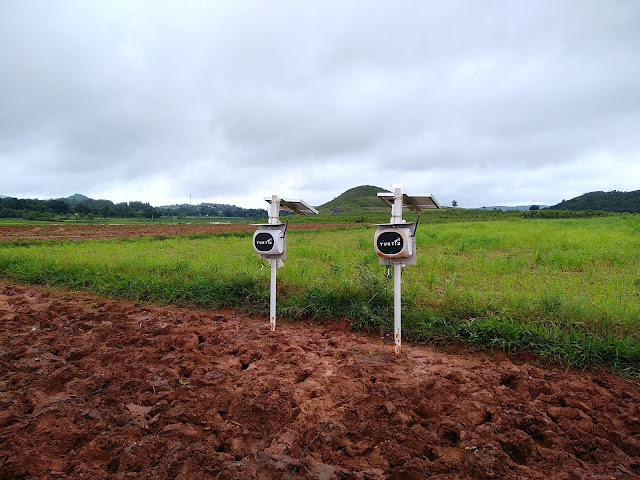 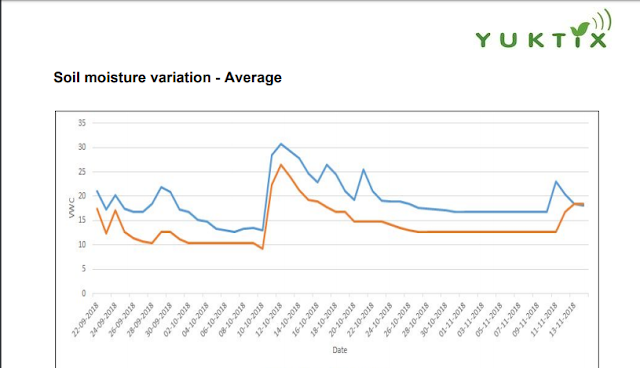 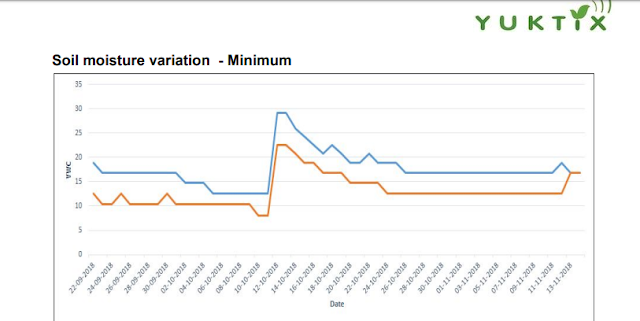 
If you are FMCG company who use potatoes for one of its FMCG product, if you are contract farmers and want to use resources efficiently i.e. irrigation, pesticide and insecticide spray, if you are a agronomist who work for a FMCG company and need hyper local  weather, soil information then feel free to reach out to us. You can drop us a email at support@yuktix.com or call us at +81-8884515300 or fill this form and we will reach out to you.

Keep following our blog, next we will be publishing one more case study related to Potato. 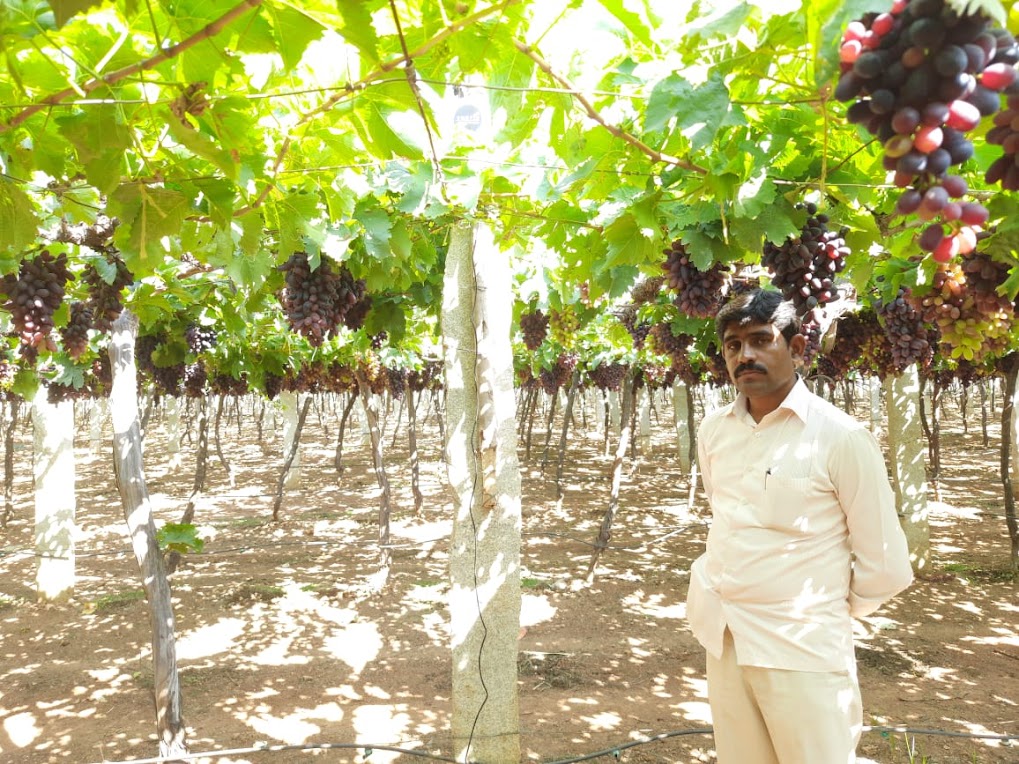 H ow many calories did you have for breakfast today? My guess is that I had about 700. A couple of idlis, 2 tablespoons of peanuts and some full cream milk. Did you know that it takes about a liter of water to grow one calorie of food? In India , an average adult consumes around 2300 calories in a day. Around 65% of 136 crores of people are adults. Now multiply them and let that sink in for a minute. That is an awful lot of water. Progressive farmer Sachin at his Smart Farm powered by Yuktix GidaBits in Sidhlaghatta, Chikkaballapur district | Photo Credit: Shailendra Singh, Yuktix. Introduction Please meet Sachin. He is a farmer from Sidhlagatta. The fact that it takes a liter of water to grow a calorie of food means an awful lot to him. He farms in an arid climate. The life of his family depends on irrigation. Sachin toils every day. He wakes up at 4 am to feed his goats and cows. Prepares his children for school. Then he is off to his farm. It is an eleven kilometers long drive i
Read more