The start of agriculture marks the civilisation of the human race. Even thousands of years later, most of its techniques haven't changed at all. Agriculture irrigation accounts for about 70% of the consumption of freshwater. In a world that is drastically losing its water resources, new methods for sustainable and efficient irrigation practices are long overdue.

The traditional irrigation system relies on preset scheduled timers and controllers which is highly inefficient as the majority of water is wasted due to runoff. Rather, a "smart” system that can monitor the local environmental conditions and soil requirements would not only increase the yield of the crop utilising fewer resources, it would also eliminate the guesswork involved in several agricultural practices. This, among other things, is what the Internet of Things (transferring data over a network without requiring human-to-human interaction) based Smart Irrigation would help farmers do.

A microcontroller (which serves as the ‘information gateway’) lies at the heart of the automated irrigation infrastructure. A number of sensing technologies send real-time data over to the microcontroller that executes precise irrigation schedules.

These sensors send field information to the local computer of the user or to a cloud network (as required). For example, if rain is in the forecast, water for irrigation will not be released — even if the real-time data suggests that the field needs irrigation to prevent unnecessary water wastage. 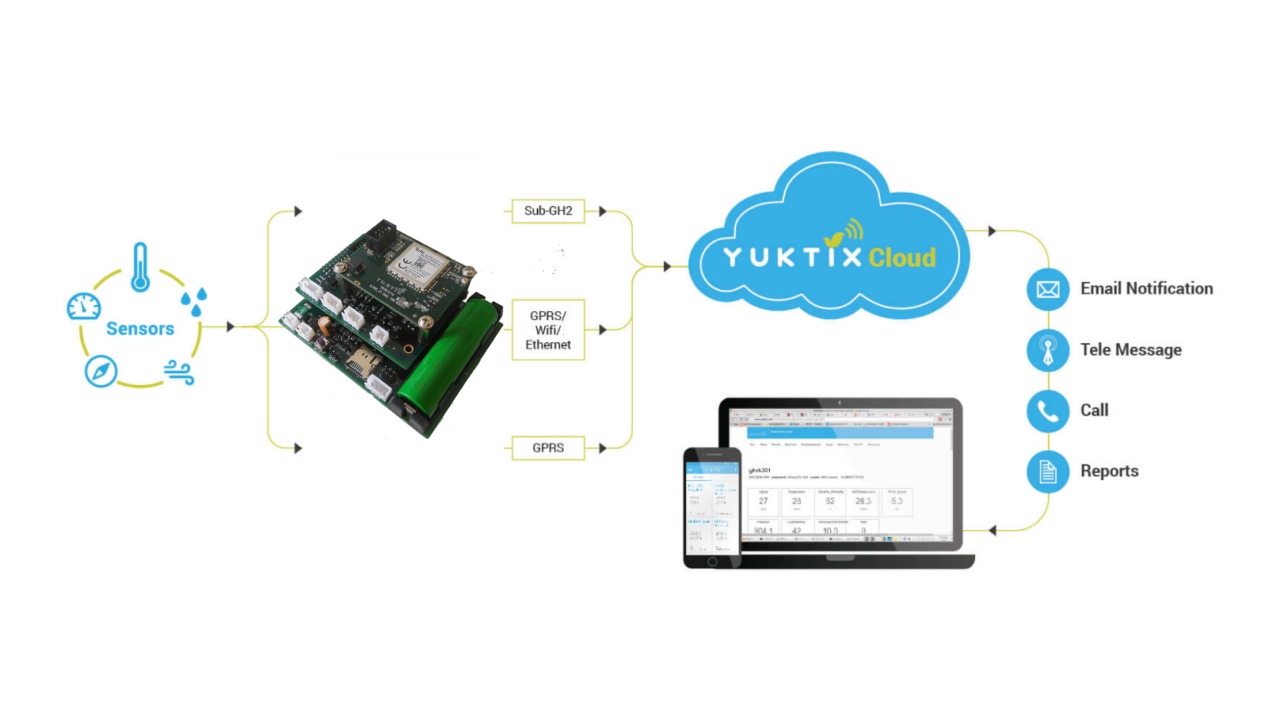 Types of IoT Sensors for Smart Irrigation of Farmlands

Numerous parameters need to be monitored in farmland for it to reach its optimum productivity. For example, what is the plant evaporation rate? How much water does the soil hold? What is the wind velocity? This is where the IoT sensors come in, which gather field-specific data and parlay it to the irrigation multi-control unit.

Soil sensors: This sensor detects various soil properties like volumetric water content (a portion of soil occupied by water) which gives a predictable estimation of future irrigation requirements, measurement of dielectric constant (soil’s ability to transmit electricity) which is directly dependent on the soil moisture content, salinity which highly influences soil permeability and can dysregulated nutrition balance of crops.

Weather sensors: This sensor provides a relatively objective estimate of the water requirements in farmland by calculating the sum of evaporation from soil and the transpiration from plants. This process in biological terms is known as “Evapotranspiration” (ET).

It further entails the measurement of local environmental conditions including humidity, wind, and rain sensors. Humidity impacts respiration in plants. Humidity sensors work by detecting changes that alter electrical currents or temperature in the air. Watering during windy conditions reduces irrigation distribution uniformity across the landscape and decreases the amount of water infiltrating into the soil profile. Wind sensors interrupt the irrigation cycle if wind speed exceeds a specific threshold. The same is the case with rain sensors that prevent futile irrigation during a rain event.

Plant sensors: Plant-mounted sensors are still new but show great promise in gauging a plant’s water status. Attached to a plant’s stalk or fruits, a sensor can track minute changes like swelling or shrinking and alert farmers to insufficient water content or yield-reducing tendencies in the field.

Ganapathy Kawatekar, a grape farmer with multiple plots had difficulty in proper management. His crops with different irrigation needs received identical treatments due to a lack of an advisory system to plan his field activities.

Agronomists receive the predetermined farm conditions - the growth stage, field area, soil properties etc. which enables them to calculate the crucial field parameters like the evapotranspiration rate, the irrigation requirements for plants, the potential occurrence of a disease. 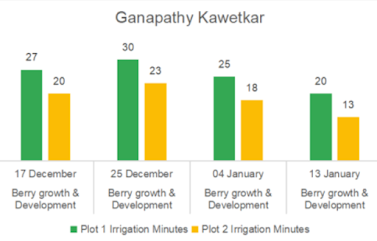 Personalised Irrigation Advisory were sent to both of Ganpathy’s plots 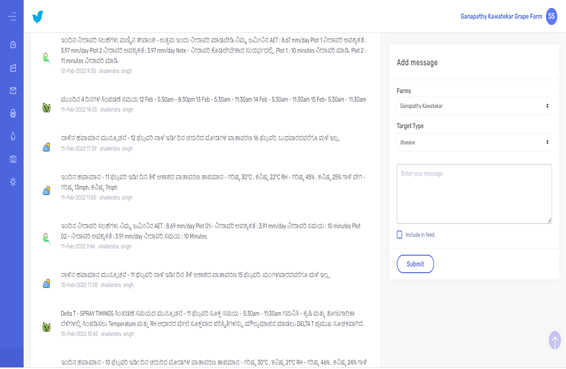 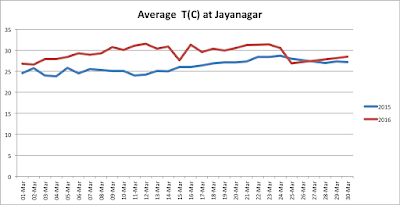 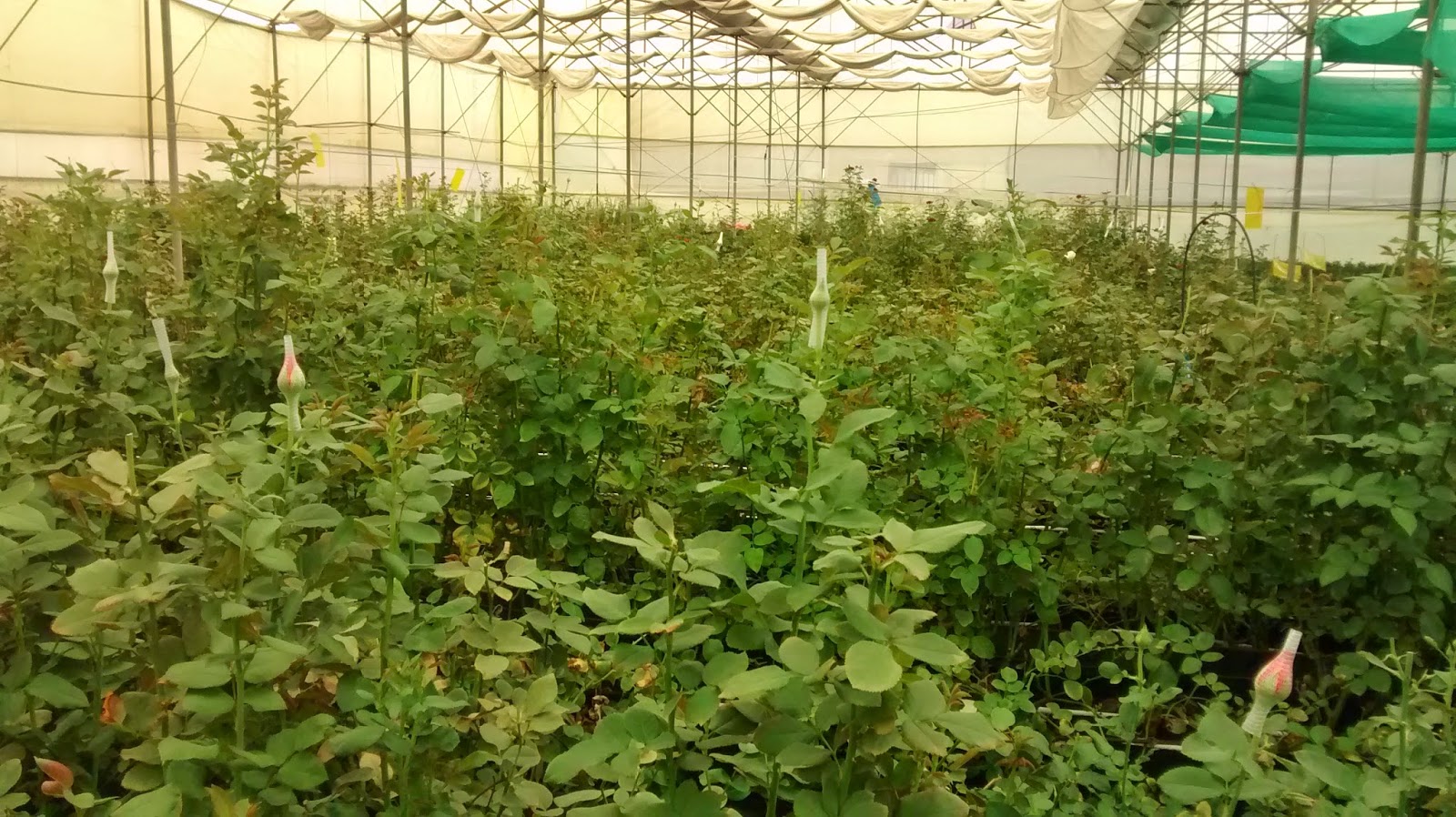